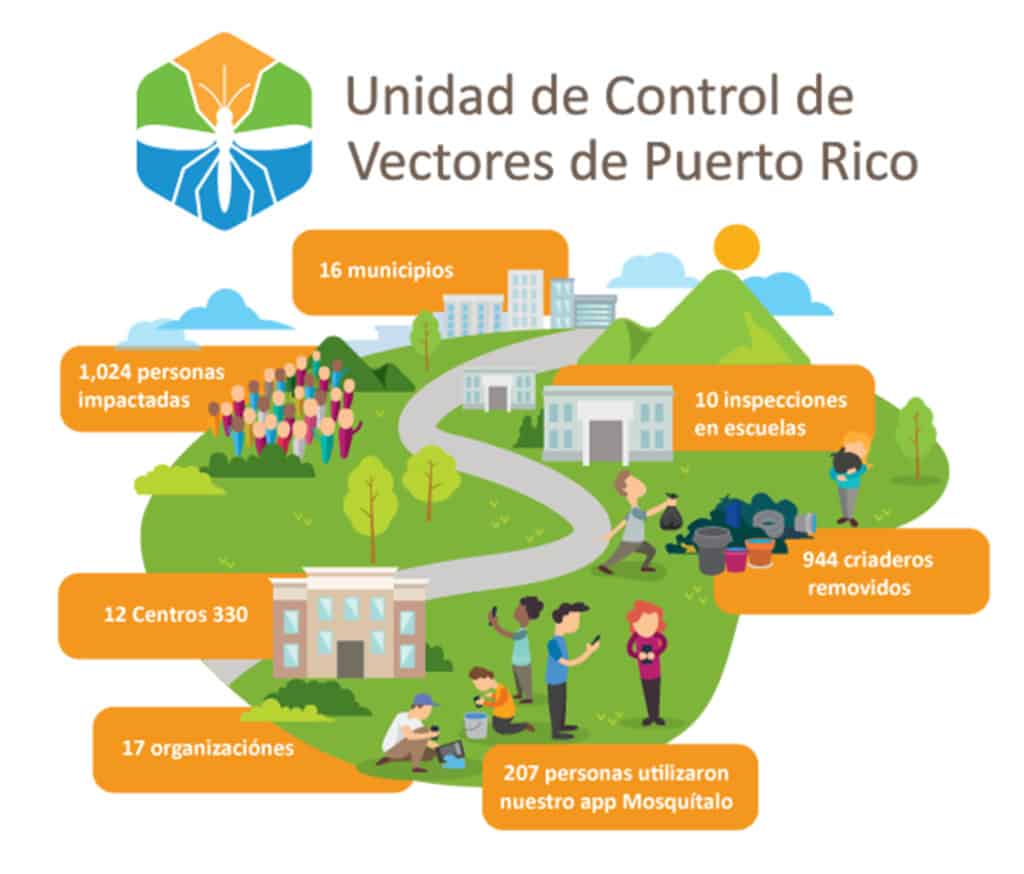 Today, In Puerto Rico there are more than 30 species but only one species the Aedes Aegypti’s female mosquito transmits (Dengue, Chikungunya, Zika).

We went to the public elementary school, Jacinto López Martínez, with the entity called Vector Control and the Municipality of Dorado to explain to 60 students from 5th grade the mosquitoes’ life cycle, how to avoid its propagation and the importance of its elimination. Vector Control is dedicated in researching or investigating how to control the Aedes Aegypti population with the training and education of the people of Puerto Rico. They have been very instrumental in our project.

The Rotary Foundation focuses on 6 areas:

We started working with 3 communities by putting adult traps (AGO) and egg traps (OVI) with the purpose of finding how many feminine mosquitoes are found (there should not be more than 3) and collect them to see what insecticides they are resistant to.

The following data has been collected:

We will be spraying these 3 communities of Dorado and the data will be collected every Monday for a year to see results before and after spraying with a larvicide. 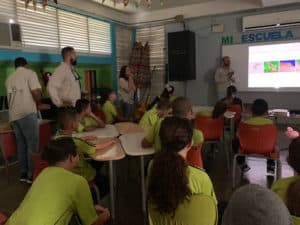 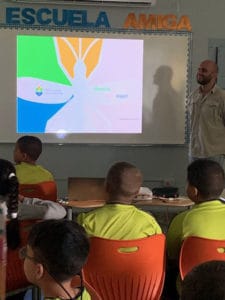