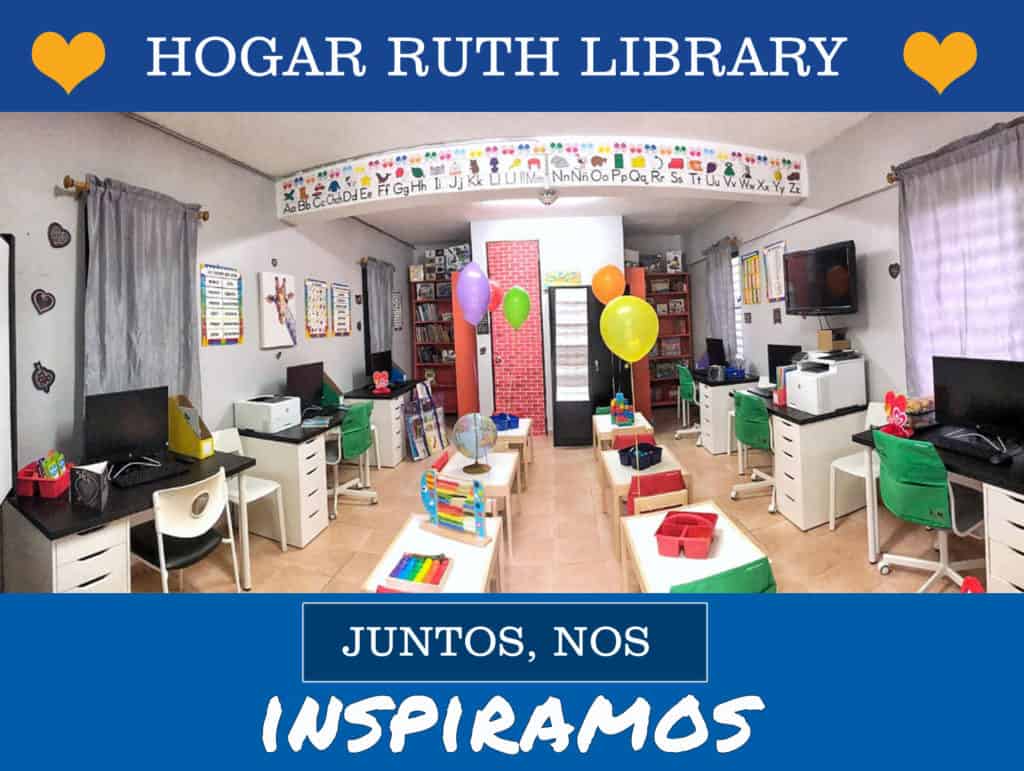 January 30, 2019 • We are proud to present the Grand Opening of the new Library at the Hogar Ruth organization.  The library has been organized in a small building that had suffered from Hurricane Maria but has been repaired, painted and equipped.

With generous donations and support from the Donor Advised Fund (DAF) and by The Rotary Club in Brown County, Indiana, the library is now open at Hogar Ruth.

Donations have allowed us to purchase: desks, chairs, tables; shelving; 6 computers and 2 printers; a projector, a screen, software, battery backup and some games.  A freezer was also purchased to teach baking skills for the possibility of a earning a future income. 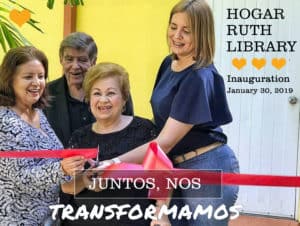